The work of Tom Kok (1987, Gouda, NL) mainly consists of sculptural installations, video’s and performances. His works are initiated by a fascination for the fragility of science. Through a wide range of subjects, he investigates the social and cultural consequences of knowledge structures. His works are frequently assembled as sequences within subject-specific projects. Tom Kok is also part of an extensive collaboration with Jan Willem Deiman (aka Kok&Deiman).

Appropriating historical events and artifacts, disapproved paradigms and unfortunate mistakes, Kok creates works that challenge the tension between the authoritative voice of science and the subjective voice of the artist. Departing from a theoretical framework, he seeks for new visual narratives that distort and restructure fragments of information.

In both his solo and collaborative practice Kok elaborates on the fragility of seemingly rigid systems such as science. Hereby he questions contemporary systems of collective belief and invites the viewer to re-consider their relationship with the current paradigm. 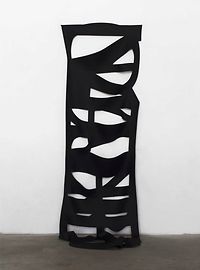